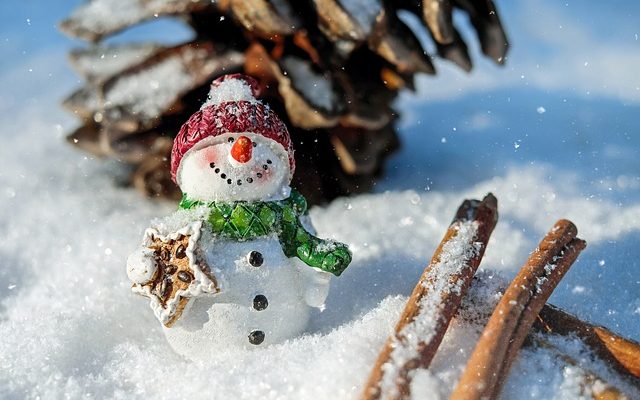 Learn French with this Christmas tale Father Christmas is not late, by Roland Lecoint

For ages, Father Christmas received letters, letters and more letters. They came to him from all over the planet. However, he had never taken a letter to other people.

That spring, Father Christmas was bored. Therefore he decided to change to change jobs to become … a postman! He got himself hired at the Celestial Post Office and became the postman from the clouds. For months he had a good time carrying packets and envelopes to the four corners of Heaven and Earth. He was very happy. One day however, as Christmas approached, a small child turned up begging him to turn back into …
Father Christmas. So our intrepid man, who loved children so much, decided to put back on his big red coat to resume his delivery rounds on Christmas Eve. Alas! As he was about to leave, his sleigh broke down. It had not been used for a year and no one had looked after it. Furthermore, the reindeer were not even ready and the elves were still asleep. Oh dear, it was nearly midnight! For the first time, Father Christmas could not set off. For the first time, would the children on Earth not get their presents?

Luckily, Father Christmas had a magic key. With this key, he could adjust every clock on Earth and in the World as he wished. To make up for lost time, he decided to use his magic key to stop the hands of all the clocks and watches on Earth immediately. At that moment, time stopped everywhere. It stopped at a quarter to midnight in every country of the World.

Father Christmas’ elves, now wide awake, started to repair the sleigh. Soon all the presents were put aside, ready to be delivered to the foot of the fir trees. And that is how Father Christmas was able to make all his deliveries that year.

When everything had been dropped off at the foot of the fir trees or in the hollow of the fireplaces, Father Christmas, with a big smile, restarted the clocks and watches on Earth.
The sun was about to rise when Father Christmas, back at home, went to bed with a big smile of satisfaction. Phew, he said, it was hot at the North Pole this year!
Discover the French Version