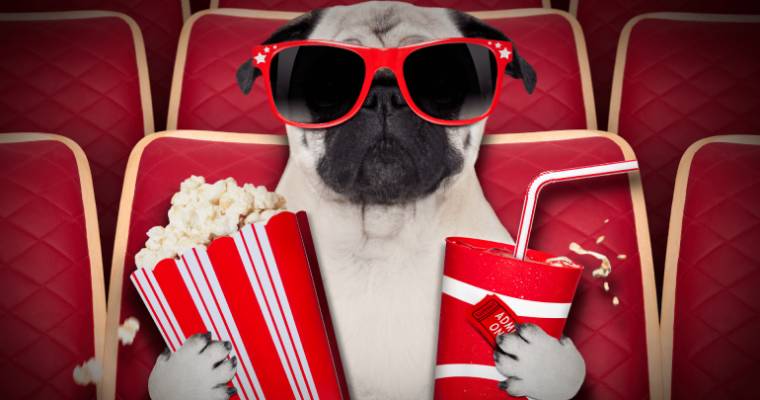 We often say around here: watching movies in French is one of the best ways to practice the language, assimilate new vocabulary, and at the same time get to know French culture better. As in any kind of art, we can like more or less each genre of cinema. But there is one genre that, in order to be appreciated, requires a deep knowledge of the culture of France: comedy.

In this article, Antti shares his views on comedy in French cinema. You might not find it funny, but this is not our problem. 😂

Normally it starts like this: We are at the table with French friends and my husband, also from France, says: “Antti doesn’t like French humor at all”. He smiles because he knows very well that it annoys me. “No, no”, I try to say, but he has already sold me out.

In fact it’s true. I love France, its small towns, cheese, language, culture, I even love the Parisian attitude, which blows cigarette smoke in my eyes and says “No, I don’t speak English”. But there is one tiny thing I can’t love, and that’s comedy movies.

“Why?” ask our friends at the table. “Because it’s racist, stupid, and misogynistic,” my husband answers on my behalf. Yes, the movies I’ve seen with him haven’t been very smart in their comments: Rabbi Jacob, Santa Claus is a Scumbag and Madame Irma.

“It’s normal”, friends say, “it’s not possible to understand French jokes if you’re not French”. There are too many cultural references, puns, localities.

I understand them so well. I’ve been working with comedy in Finland for ten years and I’ve always said that comedy is more localized than anything else in the culture. When my husband and I saw “Le Père Noel est une ordure”, he stopped the movie every three minutes to explain an expression or a joke. Frankly, it’s never very funny.

I call it the “Shredded Vegetable Buffet Phenomenon.” There was a restaurant chain in Finland that had a very depressing shredded vegetable buffet, and everyone there knows it. If you haven’t eaten completely frozen peas from that buffet, it’s impossible to understand a joke that is based on that experience.

I’m not offended by this, but what strikes me is that the French always want to defend their really outdated comedy films. Actually, we have this style of comedy in Finland too. Of course we have the comic characters from the 1970s like Uuno Turhapuro (maybe it could be Pierre Ruisseau-de-Rien in French), who is a caricature of a typical Finnish man: lazy, alcoholic, but completely sure of himself. It’s exaggerated, it’s physical, in the end he’s a clown. He looks like the Louis de Funès of Finland.

I say to the French: “We have terrible comedy in Finland too, but we are not proud of it”. I guess we know that our entertainment history is not very refined, maybe we are a little ashamed. “It’s you who say so,” say the French, and we continue with cheese and other topics.

A few weeks ago, the actor Vesa-Matti Loiri, who created the character of Uuno, died. He was not in good health but his death shocked the whole country. He was really loved by many people and now when I write this they haven’t decided if Mr. Loiri should have a National funeral. It turns out that there was nothing to be ashamed of with the Finnish family comedy story, just a lot of good memories. Even I watched a few videos of Uuno that I haven’t seen in years and laughed like a child. Yes it’s dumb, yes the characters are too simplistic, and yes, each scene takes forever, but I realized that it’s me – not my country – that keeps this idea of a national shame. The French are right: if you don’t laugh, it’s not our problem.

After seeing some of Uuno’s videos it was easy for me to be happy that the world has developed over the years, but I also have a new idea: Maybe comedy is more entertainment than a way to save the world.