Are you planning to learn French in France but are still thinking of the most important reasons to do it?

Students become interested in the French language thanks to fashion, ballet and films. Some want to pursue careers that involve communicating with people from other cultures. Some are interested in reading the work of French-speaking authors in their original language. Regardless of your specific interest area, traveling to France might be the best thing you can do to take your French skills to the next level.

In this article, we’ll look at five reasons why learning French in France could be the best next step in your learning journey. Don’t listen to us if your only reason is because you love it. That alone will be reason enough!

When it comes to language learning, nothing is as effective as immersion programs. French Immersion is about practicing the language in real-life situations by being in contexts where one has no choice but to use the language. Immersion (which can also be referred to as “exposure”) is the way we learn our mother tongue, to begin with. We’re constantly in contact with it, forced to use it to communicate, and exposed to it 24 hours a day.

You can immerse yourself in the language through media. But living in a country that speaks your target language, at least for a couple of weeks, can do wonders. It can help you learn to communicate fluently in new contexts, at the speed that everyday interactions require, and get your ear used to new accents and slang.

In addition, you “feel” the language with all your five senses, which not only makes your learning more enjoyable and effective but also gives you an unforgettable experience for life. You will see how much better a morning croissant tastes with a “bonjour !!!” when both are warm. 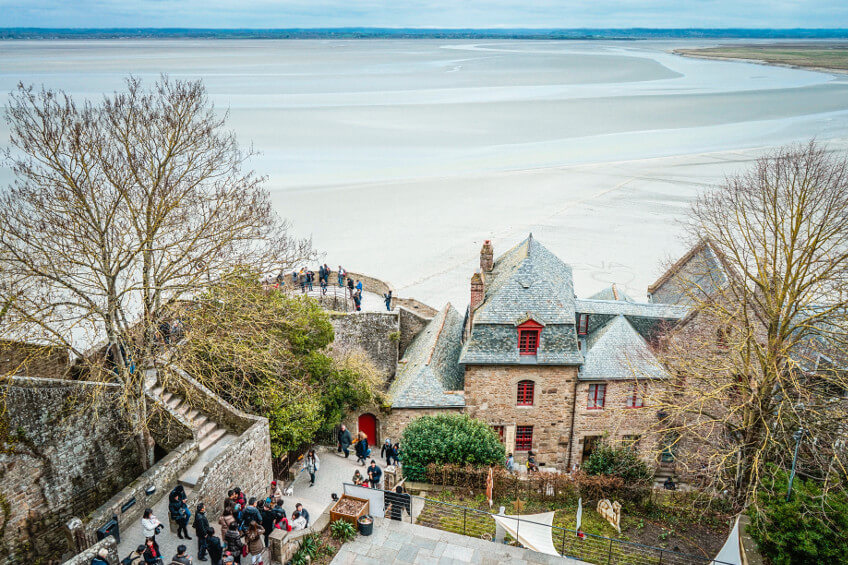 French culture are impressive. France has influenced the culture of almost every country in the world directly or indirectly, especially since the Age of Enlightenment.

We can find the French influence in other European languages such as English, Portuguese, German, and even Russian! We also find French footprints in the arts in general, especially the plastic arts, politics and philosophy, economics, literature, and fashion.

You might go to France during the holidays or work trips. On these occasions, you will have good contact with the French culture and language. But to fully learn French and to integrate the history and culture of France into your learning, the help of a native teacher will be fundamental, since he/she will tell you, firsthand, cultural aspects that you did not know.

You also may join an exchange program or take French online classes before traveling. Evaluate your options, get in touch with the institutions you’re interested in, and start preparing yourself. Or just talk to Celtina, she will help you decide and plan what you need.

But, regardless of whether you’re going to join a summer program or be a “flâneur”, you’ll be surrounded by culture and history. France is a literary, cinematic, artistic, and musical pioneer, and has one of the greatest concentrations of museums and libraries in the world. It’s worth mentioning that it is home to the most visited museum in Europe, the Louvre.

France is smaller than the State of Texas, to put it in context, yet it is the most visited country in the world. It has received almost 90 million visitors in 2018, before the Pandemic, and is already returning to those levels this year in 2022.

The reasons for this success are also many and varied. France has beautiful mountainsides as well as cozy beaches, thriving global centers, and picturesque villages – and it’s completely possible to travel cross-country via train.

You’ll see some of the world’s most modern buildings side-by-side with historic jewels, often painted with glitz and glamour. From the north to the south of the country, you’ll find rich gastronomy, some of the most interesting traditions, and countless activities to keep you entertained.

Visiting France could not only be an educational experience but an enriching and fun one as well. Help us break the visitor record for another year! We want to reach 100 million soon.

The gate to the French-speaking world

Because in past France was a great economic and colonial power, it has left a great influence on other countries. French is today the official language of 29 countries and is spoken by more than 320 million people.

France still maintains close ties with most of these countries, with great political, economic and cultural cooperation. By studying or working in France, you will have a gateway to many of these countries, with all the opportunities this offers. France is currently the 6th largest economy in the world by nominal GDP, with several multinationals operating on all continents. In addition, speaking French will make it easier for you to do business in French-speaking countries, especially if you can establish relationships between them and other companies in your own country.

We already know that you can speak French with more than 320 million people, and find opportunities in the 29 countries where it is an official language. This alone can give you a great advantage in getting a job in any company that has a direct or indirect relationship with these countries. But there is more.

French is one of the official languages of the European Union, which has its headquarters in Brussels, Belgium (a French-speaking country). This can facilitate your access to any career related to politics, sociology, diplomacy, NGO, or other jobs that have some link with that institution.

French is the second or third most studied language in the world (it varies every year, alternating its position with German). This means that if you become proficient in it, you can find a teaching job in any country in the world, even if you are not a native speaker.

Despite all the opportunities that the French-speaking world offers, French is the 5th most spoken second language in the world. This means that you will have less competition for a job if you are competing with people who only speak English. However, English is still the second most spoken language in the world (by more than 1 billion people), followed by Mandarin Chinese and Spanish. So, once you have perfected your French to the maximum, you may want to consider learning one of these languages as well. 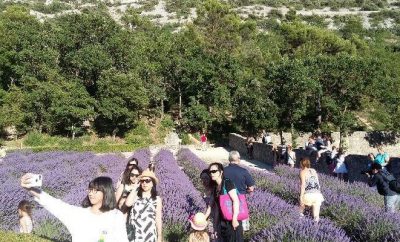 My Vacations in Provence: A ...
By Carmen Reivelo Provence is still one of the most beautiful regions of France, attractive due to its lavender fields, its Mediterranean light, and its ...
Sep 10, 2020 , 0 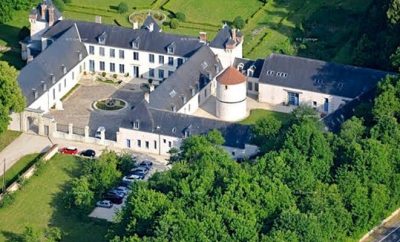 Welcome to Isabelle’s house,...
Isabelle, our French immersion teacher, presents her offer in the countryside, in Picardie.   Hello, my name is Isabelle and nothing is more important to ...
Aug 17, 2020 , 0